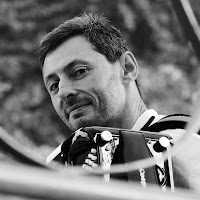 Igor Barboi was born in Samara, Russia and started playing the accordion at the age of 7. He attended Music School, Conservatoire, and Music University in Samara gaining a degree in accordion and conducting. He is a student of Professor A. Katz and won several competitions in Russia during his studies. In this period he also accompanied several other musicians and singers as well as playing solo and particularly went in for modern contemporary music. He was the solo player of jazz and folklore orchestras.

After moving to the Czech Republic in 1997 he played with composer Boris Gaglojev and together they participated in the international music festival Alternativa in Prague in 1998. Later he joined alternative rock – jazz band Spolčení Hlupců as well as starting work on his own projects. He was the solo player in North Czech Capella where he played together with musicians of Severočeská Filharmonie (the Philharmonic Orchestra of the North Bohemia).

He also participated in the project of Valašský lidový orchestr (the Folklore Orchestra of Moravia). In 2015 he accompanied the quartet of accordion, violoncello, violin and guitar in operetta Wiener Walzer Nacht. He also set up a trio - BEBE TRIO (accordion, violin and violoncello) and performers modern, classical and latin music. Cooperates with a Už Jsme Doma band and participates in the project Krysáci (theatre performance with rock music for children). From 2020 participates in the project Conversa De Botequim with an Italian singer Patrizia Di Malta and a Brazilian guitarist Valter Guerra. 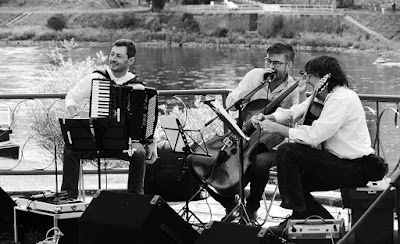 Originally we performed Latin music and Jazz standards, from the year 2017 on we changed our repertoire to include Brazilian popular music style Choro, Forró and MPB.

We are performing concerts all over the Czech Republic and Germany.

In 2019 he performed with Brazilian musicians in Montes Claros, Diamantina and Rio de Janeiro (Brazil).